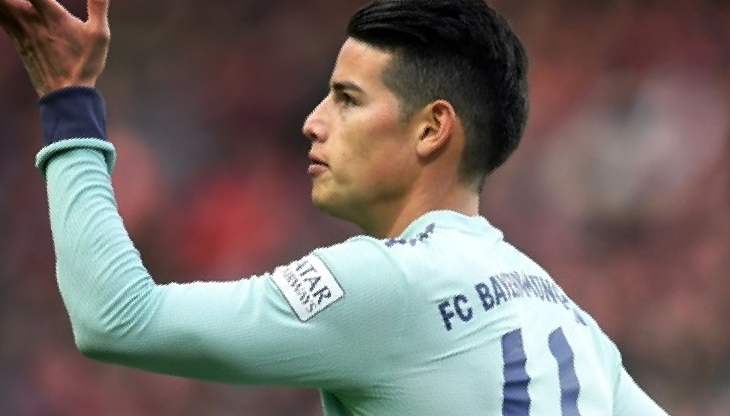 Napoli seemed in pole position for the signature of James Rodríguez for a long time. Still, it appears that Atlético Madrid will take off with the 28-year-old Colombian. According to Marca, the ‘unlikely but sensational’ transfer is imminent. Rodríguez would like to stay in Madrid and would therefore not be unwilling to switch to the rival.

In any case, Rodríguez has no future at Real Madrid. For the past two seasons, the left leg has been rented to Bayern Munich and will not feature in Zinedine Zidane’s plans next season. It is no secret that Napoli would like to rid the Royal of the superfluous attacking midfielder. Still, the asking price of reportedly 42 million euros is too much for the Italians.

Rodríguez initially saw a move to Napoli but would now also aim for a transfer to Atlético Madrid. Los Rojiblancos previously felt deep in the pouch for João Félix, who was taken over from Benfica for no less than 126 million euros. The Madrid club also paid many millions for Marcos Llorente (Real Madrid), Felipe (FC Porto) and Renan Lodi (Athletico Paranaense). On the other hand, there is the sale of Antoine Griezmann, Lucas Hernandez and Rodri.