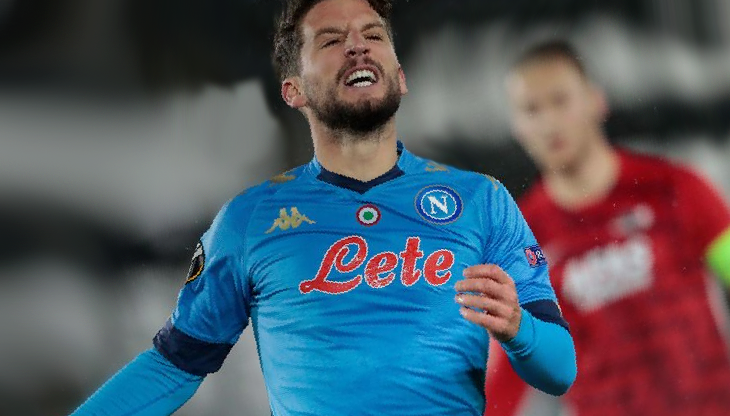 Next Thursday, AZ Alkmaar has a tough Europa League match with Napoli to finish. The team of trainer Arne Slot knew the first leg in Naples, but the Alkmaarders can repeat this trick in the AFAS Stadium. The bookmakers keep that option open and have surprisingly high odds ready for you.

AZ coach Arne Slot experienced an unforgettable evening in Naples when his team beat Napoli 0-1. “That game against Napoli is not in the back of my mind yet, no”, says the AZ coach. Slot thinks that winning the Italian team in the AFAS Stadium is also possible. “Well, we have already played a lot of games well. I am sure we can. But we do play against a top European team.”

“Much respect for opponent”

Slot is therefore looking forward to welcoming Napoli to Alkmaar. “As an enthusiast, I have enjoyed watching Napoli for years. They have fantastic attackers who can make a difference individually. What is also striking is the discipline when it comes to defence. We have a lot of respect for the opponent. Still, we also look forward to taking on Napoli again”, said Slot at the end of his preview on the top match against the Italian Serie A formation that burned me the death of Diego Maradonna is to get results.

Napoli coach Gennaro Gattuso was surprised that his team could not win at home against AZ and respect the Alkmaarders. “Last year, AZ was the best team in the Netherlands together with Ajax. We should, therefore, not underestimate AZ. We have to raise the bar”, Gattuso states in his press talk in which he looks ahead to this Europa League match in Alkmaar.

“Playing good football as a team in Alkmaar.”

Last weekend, AS Roma, was beaten 4-0 and that gives the trainer a good feeling for the game against AZ. “We have to play with this intensity in every game. We know that we are not always 100 per cent in every game. But that’s why mindset is so important. We have to play good football as a team in Alkmaar,” said the Napoli coach about his team’s chances.

In group F of the Europa League, Napoli is the leader of the group with nine points. Real Sociedad is in second place with seven points. AZ also has seven points but is third because they could not win with the Spanish team, and there was a draw in Alkmaar. Rijeka is number four with zero points, and there is nothing more to be gained in the group for the Croatian team.

AZ managed to win the first game in the group against SC Napoli. In Naples, it became 0-1 for the team of trainer Slot. Dani de Wit scored the goal for the Alkmaar team, and Napoli was unable to make up for it. It was the first time for AZ Alkmaar that it played out at Napoli. The Italian team has never visited Alkmaar before and will therefore experience a European first on Thursday.

AZ started the week with an away win at Heracles Almelo: 1-2 in the Eredivisie. The team of trainer Slot has built up a series of three unbeaten matches in the competition. The Alkmaarders also know how to keep their footing in the Europa League.

After the victory in Naples, Rijeka was defeated 4-1. At Real Sociedad, there was a loss, but with 1-0, the Alkmaarders were undoubtedly not outplayed by the Spanish team. Last week it kept the zero 0-0 against the number one of the Spanish La Liga.

Napoli played against AS Roma last Sunday and managed to win 4-0. In Serie A, Napoli is in fifth place in the Italian league. Last week, Rijeka was also beaten at home: 2-0. Yet the unbeaten series of the team from Naples is no longer than two duels won in a row. At the end of November, Gli Azzurri I Partenopei lost 1-3 to AC Milan.

We do not predict another stunt from AZ against Napoli. Our betting tip is a 1-3 for Napoli. Do you think AZ will win or draw? Whatever your prediction is, the odds at the online bookmakers for this Europa League match are to die for. Below you will find the average odds that the bookmakers use for AZ – Napoli.

The average odds for Thursday’s game are divided as follows. The highest odd is paid when AZ wins. Your stake will be worth 3.90 times more if the Alkmaarders again stunt against the team from Naples. A tie is also classified high with 3.70 times your stake in the 1X2 game system of the bookmakers. Do you expect a victory from Napoli? With 1.81 times your stake, a win for the team of trainer Gattuso is very well rewarded. 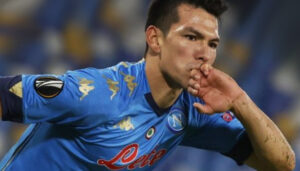