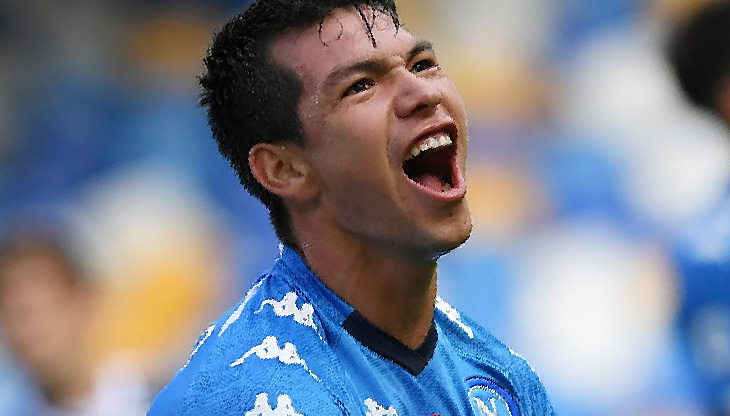 Napoli put pressure on Atalanta Bergamo, Juventus and AC Milan with a victory. And Internazionale has won its first game as an Italian champion. Internazionale could have finally celebrated the title party after the draw of Atalanta Bergamo against Sassuolo last Sunday. The home game with Sampdoria was the first game for the Nerazzurri as champion. Antonio Conte’s team provided further proof for the conquered Italian crown in the first half.

Inter on the way to a club record

The goals of Roberto Gagliardini and Alexis Sánchez (2) had forced Sampdoria to his knees. The goal against Keita Baldé, therefore, hardly hurt Inter on the way to a club record. The fourteenth home win in a row, which broke the 2011 record, was not in jeopardy. Substitute Andrea Pinamonti and Lautaro Martínez provided more cheering moments for Inter after the break.

Napoli has underlined the claim to a place in the top four with a big win over relegation candidate Spezia. After the opening goal by Piotr Zielinski, Victor Osimhen decided the game in favour of the guests before halftime with two goals. After Roberto Piccoli’s honorary goal, former PSV player Hirving Lozano recovered in the 79th minute with his first goal since January.
With the victory, Napoli settled in second place. However, Atalanta Bergamo, Juventus and AC Milan can surpass Gennaro Gattuso’s team later this weekend. It was not a carefree afternoon for Napoli. Dries Mertens retired halfway through the second half with an ankle injury.